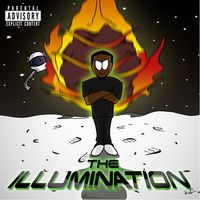 I wake up early jump up and kick in the door
Call my homies up, jump in the whip and let's go
To the club getting high with women dipping it low
I order gin n tonic, I take a sip and then- whoa
Train of thought completely derailed
Distracted by the booty up on this freaky female
I'm chatting up this bird while I sneak a peek at her tail
She feeling what I'm saying its like I'm speaking in braille
You know I got ambition
Coz I only mack 10s, got a stash of the munitions
Automatically she's smitten no shifting in the transmission
Chicks come in waves, surfin' birds, peter griffin
Call me The Machine, the Microphone fiend
Check-check, my melody, word to Rakim
Frankie The One, spit it hotter than most
I step back from the Mic, and watch it smoke

Digital killer flow coming up out your stereo
Seen more holes than cheerios loudest style y'all don't hear me though
Lyrical criminal killing most with the illest flow
And, I'm from Malawi if you didn't know!
Warm hearted they dealing me cold blows
But in the middle I stay calm like I'm Paul Scholes
And I be dropping bombs hit targets with every strike
Making these niggas scatter because my rhyming's precise
Boy I ain't nothing to play with
Born Supremacy homie I'm matt damon
In this game it's just me versus me, like Usher Raymond
But like its glued to your shoes, you niggas stuck on the same shit?
Wipe it off! rappers? I write em off
I call a spade a spade and I stand my ground like a boss
But I dig deeper for what its worth
Something like my sneakers I'm fly but I'm down to earth
Bitter niggas tryna figure why their chick is on my zipper
And it might be cause I lift her with the things I say on twitter, plus
I'm a sicker spitter flow deliver like a river
So you better forget her, coz I'm about to get her, nigga